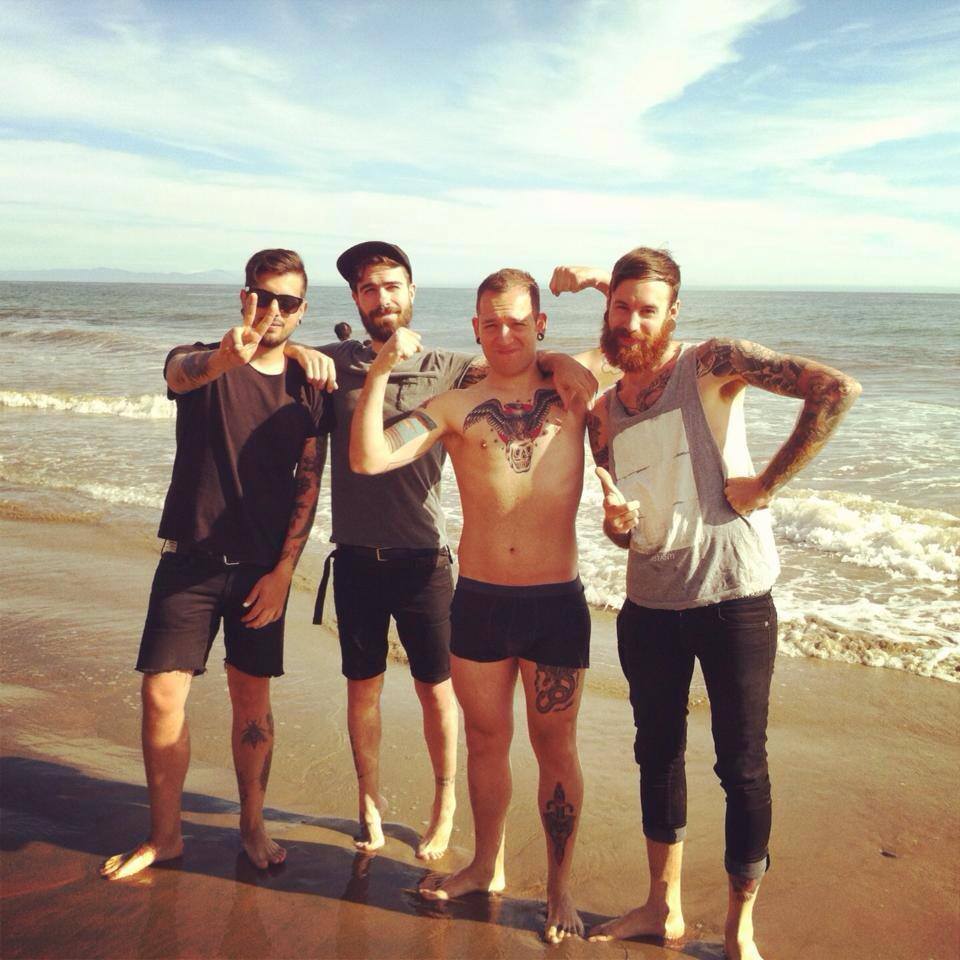 The four of us approached veganism in very different ways and time, I think that mostly what we share is that we all became vegans because we have a critical view of the world around us.

The biggest strength of the meat industry is the “don’t question” approach, consuming animals or animal product is something that in most cases is done without consciousness, no one ever wonders about how cows turned into steak, it’s not something considered questionable at all. Just part of the everyday normal life.

It happened in a certain moment of our life that we started questioning it, of course punk has had a huge influence in the process of making this choice. It’s because of punk that we perceived veganism for the first time as a political choice, and not only as some kind of fashionable hippy diet. When we started this band, we’ve put our opinion about animal rights in the spotlight, so we knew that there could have been misunderstandings about our band name’s origin and meaning.

During these years, more than once we had to make ourselves clear about the fact that we are not a religious band, but we are 4 rationalists/atheists. The way we practice veganism, as I said, is as a conscious lifestyle, and I can’t imagine anything further from this than religion.
It is a CHOICE, not an act of faith, and we’re committed to this not to save our souls, or empower our karmic whatever. We are vegan because we care both for human and for non-human life; we don’t see humanity as the center of the universe, nor the top of food chain.

I grew up in Italy, which has still a Catholic culture. This made me think how deep the roots of speciesism are. If you try to think about the idea that men are created in the image and likeness of God, you realize that this people is basically telling you “you are not an animal.” You’re something above all life, and below God only, and this is not only because this is written in the Old Testament, this is because the Catholic Church is still against evolution theory, and still supporting and spreading this shitty idea of creationism. This is a hetero-normative patriarchal Church of a god that created man out of clay (but not women of course, who are just a product of an extra rib.)

You have to know that in Italy the relations between church and state are still regulated by a 1929 agreement Between Mussolini and Pope Pio IX. Catholicism is still considered the main religion, is still a class in primary school (although it is optional), and we still have crucifixes in our classrooms. This means that the Christian imprinting is pretty effective on children at first, and also on the whole population.

Some eastern religions are known for being more “animal friendly” or even for preaching explicitly not to eat meat. Through the years these religions fascinated western people because for some reason they’re perceived, as more “human” and peaceful compared to monotheist religions.

What really depress me is not religious people themselves (as an Atheist, I stand for the freedom of questioning), but the fact that most of the people (to be honest 100% of the ones I’ve met) who approached vegetarianism through religion, seem to be incapable of connecting it to other aspects of life and politics. I mean, I don’t care if the Bhagavad Gita tells you to eat cheese and yoghurt, but how can you consider yourself and intelligent person if you stop eating meat to spare animal lives on one side, and on the other you are still contributing to death, consuming dairy products, because your god told you so? An act of faith is weak by definition: an individual makes choices and reinforces those choices, themselves, even thou it’s oblivious that the choice could be wrong.

This is one of the many ways of how veganism is intersectional to me, it’s both the result of many choices that lead me to what I am today and one of the foundations of what I will be tomorrow. As a thinking person, not just as a vegan.

Give us today / our poisoned bread / our daily piece of trash / our dose of forgiveness / altars for those who torture / gallows for those who care / how long will the lambs / be so bloodthirsty? / the sleep of consciousness / built cities and gold paved streets / monuments to its own failure / to praise / to bless / to sleep / forever.