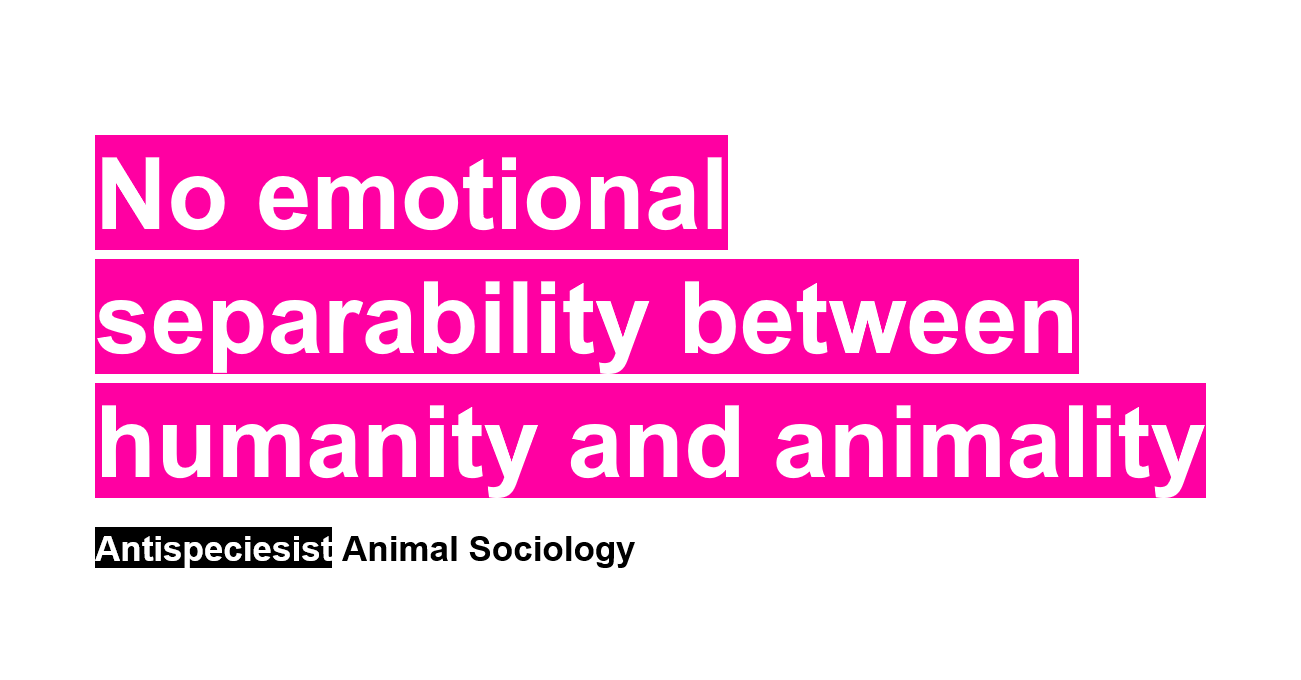 No emotional separability between humanity and animality. Antispeciesist Animal Sociology. 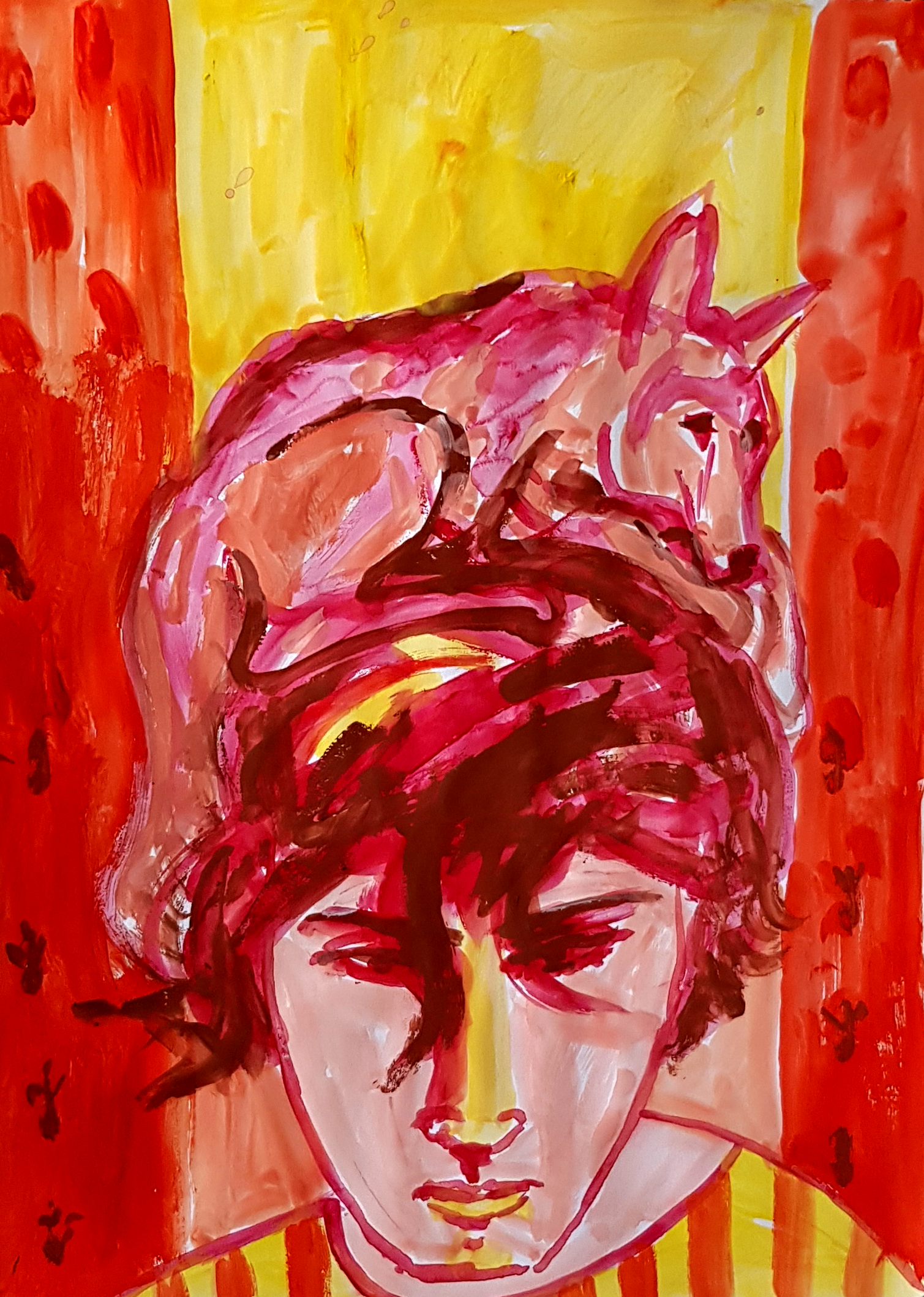 If I can chose whose fate I am affected by, and what types of injustice worry me most, I can also express that I feel the kind of injustice towards nonhumans worries me specifically, and that them being victimized makes me sad in a extreme way, same as with humans, … and if I would go further: how would it affect me when humans would be killed to be eaten, milked, inseminated against their will.

Who ever is subjugated to these procedures and this quality of suffering and injustice gets the specific type of attention for their fate … .

I was just thinking this when I saw headlines juxtaposed about human victims and murdered nonhumans being displayed, as if the fate of the nonhumans – which was much worse in such generalizable terms – was of less interest. To me it isn’t. But when I say this openly people try to stifle my point of view.

And of course if you set forth our limited relation to the nonhuman world, where nonhumans are reduced to “instincts” and biology, when you have the typical view about nonhumanity, then yes, you fulfill your own prophecies in your tiny world … but if you take nonhumans as who they are, you see the type of injustice is the real problem: why someone is chosen as a victim, why groups are so excluded and omitted that the ruling majorities of humans just keep oppressing them – by all means > that is the real terror.

Finally: Humans don’t have to be all on the same side when it comes to positions they hold about nonhumanity. It’s sad how humanity always seem to expect homogeneity in mind. #radical #antispeciesism