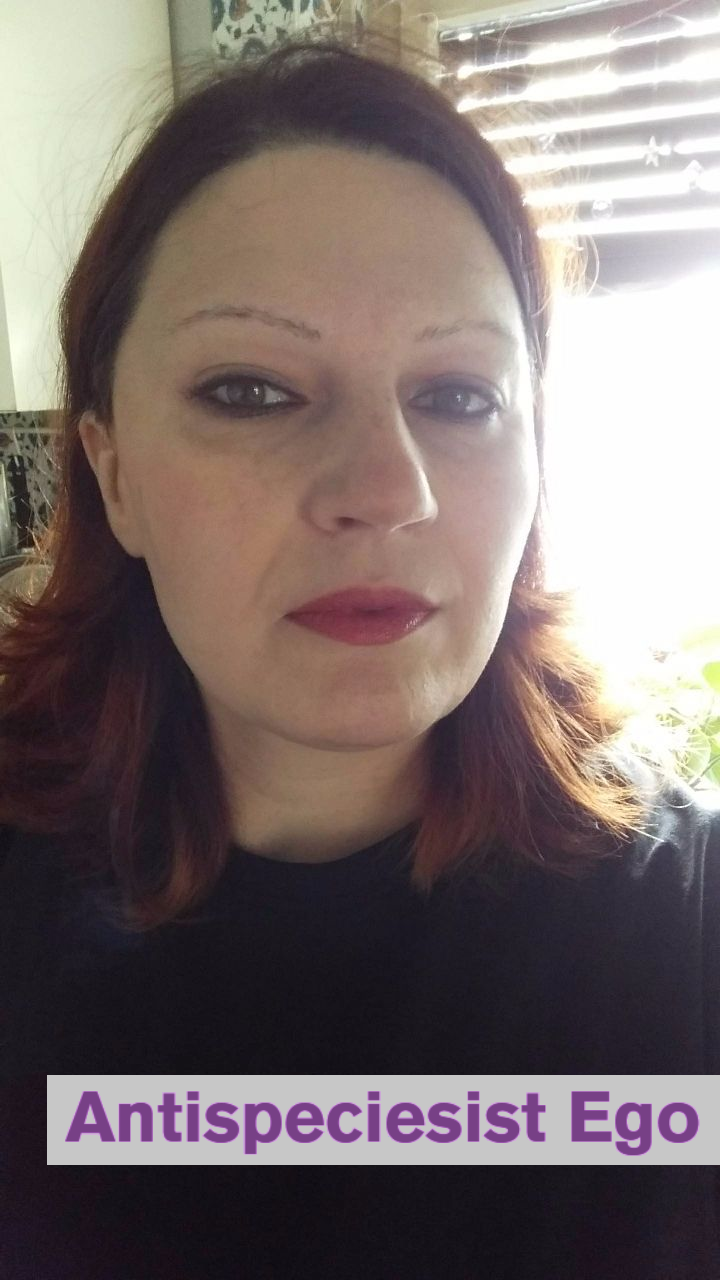 This poem is a biographical sum up of what I think about the condition we live in, the zoocide we as “humanity” as a collective commit or support in some form of compliance unless we speak out against the fundamentals of (foremostly I believe biologistical) speciesism these days …

I wrote this in the 1990, posted it with a pic of myself from 1982 in 2007 here as a pdf: http://www.simorgh.de/philozoe/animalgardens/pdfs/breath.pdf

Now I blog it.

again one more to add up to the all-human universe –
animal waste is waste that matters animals – adding up waste, mouth open for waste, so that
something fresh can come out healthy humanely, as necessary necessary necessary
human, for humanity enlargening its meaning with own individual density
human genuis 6 billion fold unity –

to add up animals inferiority dying out – on TeleVisi weighed out in just scales one dying out,
the big rest spreading out animal waste in secrecy –
breath human breath animal breath nonhuman non-existence. only in breath!
…

shehe put himherself at where shehebreathes, where else could the human individual feel
himherself triggering another desire, to put the outbreath in the centre outside –
dying out animal irrelevance no relevant breath –
comes from nonexistence tomorrow, in nonexistent animals that waste himher self-centers,
tomorrow shelved in memory history –

its blood takes part as supporting her his individual strength, the sex that procreates –
as history and in their own self important memory, the self-centred memory that is
commonly shared, and human individual sex history can’t be shared by unuseful genetic
aberrations in her desire – in his desire he makes the game his game – unifold
togetherness against unifold genepools that won’t make the game – …A=>

A=>… heshe share theirs to clear up more animal waste.
the I, the you, the us, the heshe “self-centres”, that keep up the game.

it turns on to be the superior game and it thrills to use reality, the physical fact, against
reality. a new nature game and the self-centered own history that finds itself in humansexual individuality, in the human individual physicalness, runs the game in the universe,
makes the game a rule, takes a bit out of the impossible (impossibility!) makes it it it it pain
waste