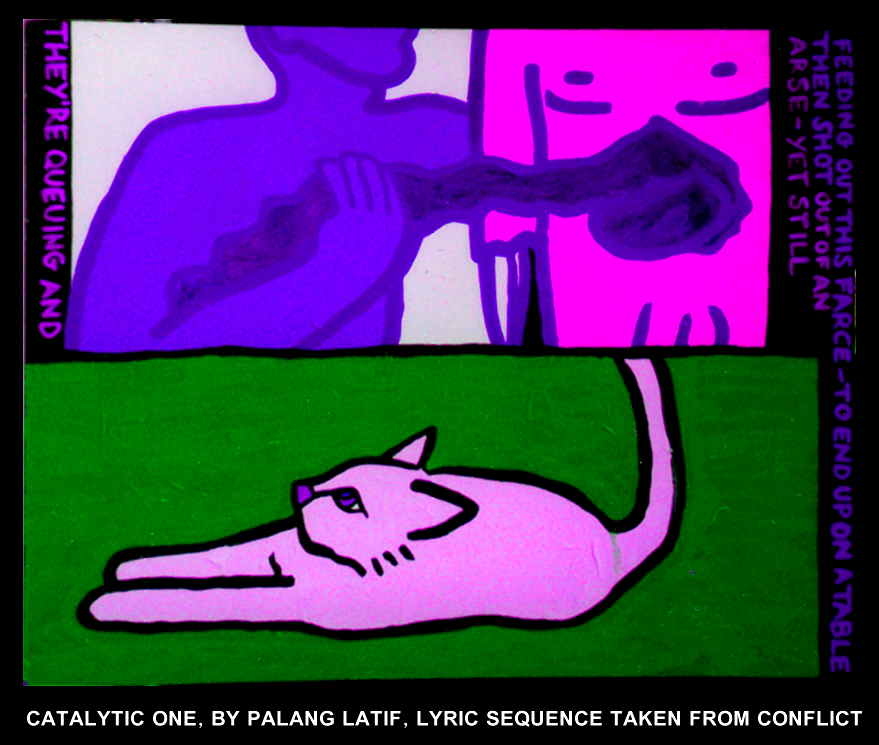 – The differing, specific physicalness of a nonhuman animal is the criterion upon which humans base their argumentation of proof: that a nonhuman animal cannot physically reason to a more complex content than the limit and quality of capacity the humans ascribe to them.

– The biological markers become an absolute-instance-of-ability in context with quality of existence and existential meaning.

– The state of being a nonhuman animal in itself becomes thus supposedly fully explicable, the constructed explicability is so far never taken our of the human-defined context, not even by their defenders.

– Only in mythological and ancient human folklore we find traces of different ascriptions to nonhuman animal physicality (partly also in childrends literature and modern folklore, but to a more humancentric extent).

– The big religious belief systems built their image of the human and god on an equal plane and set that as a standard criterion for leading a qualified reasonable life separate from the state of nature, nonhumans had been even in ancient philosophies seen as the same as ‘brute nature’ – based on their physical difference and uniqueness/specialness.

– Even today the comparison between “humanness” and “animalness” is being sought in favour of humans as the quality marker for reason and ethics, ethics, morals, reasoning, love, relations, socialness, etc. it is not fundamentally sought in different nonhuman cultures – most prominently language and philosophy as bound to the physis of the human, not the nonhuman, whereas wisdom is sought in “nature” to a huge but yet unclear and unexplained extent in humanity.

– The natural sciences were a tool when they dealt with bodies of animality, to draw separations, thus Galen and later Descartes famously vivisected, while basing on a mixture in their thought between religion and ‘natural sciences’ … Natural sciences only emboldened that certain physics are bound to certain existentual qualities, which the human will define and ‘prove’.

– A seperationist culture is being created in human social life, where humanity and animality and nonhuman life is finely segregated, basically and basically philosophically, so that people don’t even think and see anymore, but solely follow the total norm.

– Sadism, violence to the physis of nonhumanity is the warning shot, the societal execution, the harshest separator that keeps humanity an wanted and unwanted enemy to animality (as operating with fear i.e. ‘speciesist totalitarian structures’).

2 thoughts on “Specifics of speciesism: Physis and visible presence (fragment)”