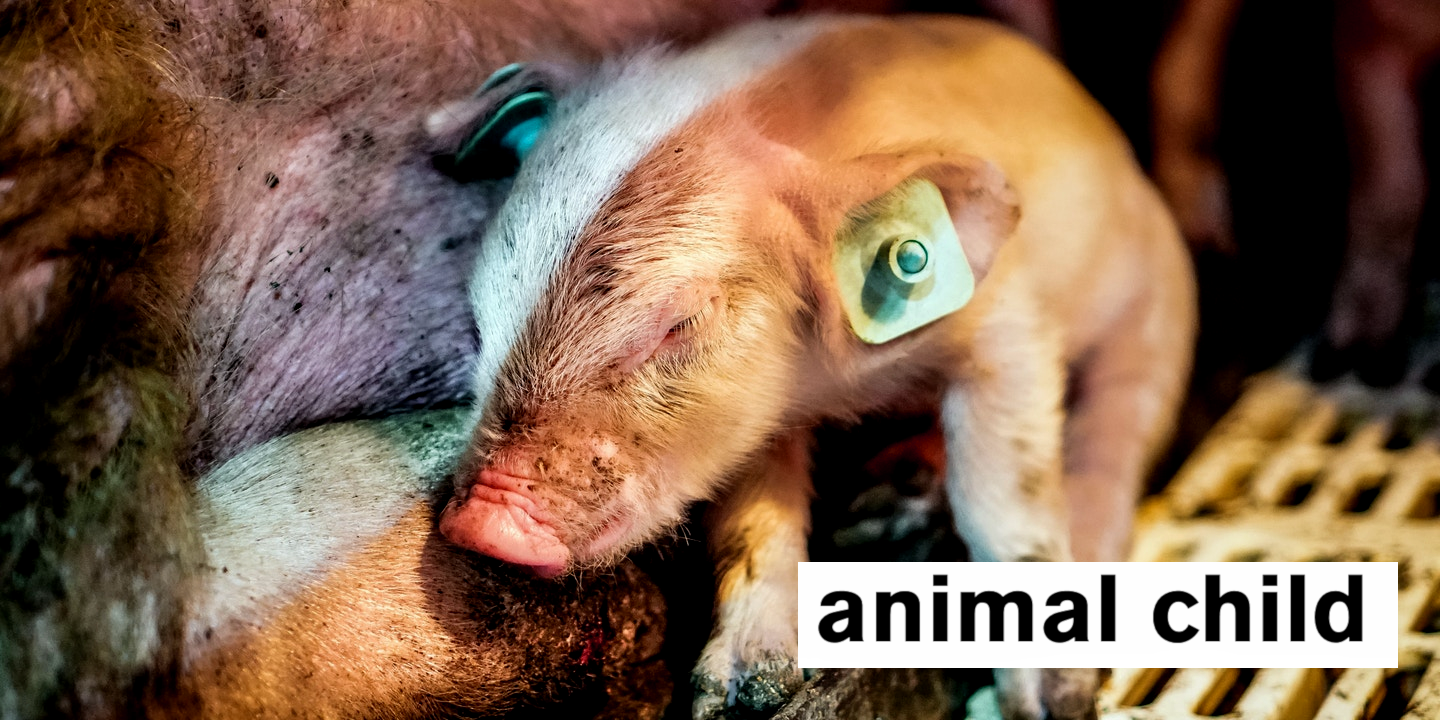 This is an older article, but still as relevant …

Why We Love Dogs, Eat Pigs, and Wear Cows: A critical review

Melanie Joy’s 2010 book, Why We Love Dogs, Eat Pigs, and Wear Cows:  An Introduction to Carnism, explores the social psychological processes behind our confused and often contradictory treatment of nonhuman animals based on arbitrary characteristics and meanings that we, as a society, attribute to them.  Joy defines carnism as “[…] the belief system in which eating certain animals is considered ethical and appropriate.”  (30)  Unfortunately, the belief system she attempts to capture is painfully insufficient in explaining speciesism.  I criticize Joy’s work on three major points.  First, her argument offers nothing intellectually novel.  Second, Joy’s conceptualization and critique of carnism is speciesist, counterintuitive, and is theoretically impotent.  Third, her proscriptions for change are confusing and inappropriate.

Regrettably, Joy’s work offers nothing sufficiently new to the literature.  Neither Joy’s explanation of why we treat species differentially nor her explanation for why we use nonhumans at all is unique.

Joy takes a social-psychological approach to explaining embedded nonhuman animal consumption.  She offers carnism as a tool for understanding why we love some nonhumans and hurt others.  However, this phenomenon has been heavily theorized in nonhuman animal studies for some time now.  Indeed, Gary Francione has been promoting the idea of “moral schizophrenia*” for several years.  Made famous in his piece, “We’re All Michael Vick,” first published in the Philadelphia Daily News in 2007, Francione understands our differential treatment of species to be a product of moral and cognitive confusion:

Francione’s famous example is surprisingly similar to Joy’s introductory illustration of carnism.  She asks us to imagine eating a “delicious” cow’s flesh stew at a dinner party, only to find out the cow’s flesh was actually golden retriever flesh:

If you are like most Americans, when you hear that you’ve been eating dog, your feelings would automatically change from pleasure to some degree of revulsion. [….]  How can a food, given one label, be considered highly palatable and that same food, given another, become virtually inedible?  […]  Why is it that we have such radically different reactions to beef and dog meat?  (11-12)

This analogy adds little, if anything, to Francione’s conceptualization.  One notable distinction is that Joy invariably focuses only on inconsistencies in flesh consumption, whereas Francione routinely challenges all nonhuman animal use.

In her book, The Sexual Politics of Meat:  A Feminist-Vegetarian Critical Theory, first published in 1990, Carol Adams, too, has explored this topic.  Terming the phenomenon “compartmentalized compassion**,” Adams rightly criticizes how the suffering of one group often receives higher priority than that of others.  Joy makes no reference to either predecessor; nor are Francione and Adams likely to be the only theorists to have breeched this topic.

In explaining the institution of nonhuman animal use, Joy describes carnism as a self-perpetuating system that is entrenched with the help of ideology, symbolic and physical invisibility, and powerful agricultural elites. Yet, for well over a decade, sociologist David Nibert has been exploring the social psychological detachment responsible for ongoing prejudices against animals.  Nibert has long argued that our taste for nonhuman animal products is socially constructed and determined by the interests of powerful agribusiness.  So, again, there is nothing revolutionary about Joy’s observations.

A focus on carnism is inherently speciesist

Perhaps the most glaring inconsistency in Joy’s carnist thesis is the explicit focus on nonhuman animal flesh consumption.  She makes little to no reference of the gross injustices inherent to the production of dairy, egg, wool, honey, leather, fur, etc.  Neither does she make mention of other systems of exploitation outside of dietary consumption such as nonhuman use in entertainment, companionship, and experimentation.  In other words, Joy’s carnism theory is nothing more than a vegetarian argument.   Quite ironically, she challenges society’s confused thinking about nonhuman animals by compounding that confusion with a highly contradictory argument:  She urges us to consider why we would eat one nonhuman and not the other, yet she says nothing as to why we would avoid flesh but not other products or practices.  Joy promotes a vegetarian belief system that only partially addresses speciesism.  And, in promoting vegetarianism, she ignores (and thus neutralizes) the morally imperative vegan belief system.  This is unfortunate, and frankly counterproductive, as people who ascribe to her prescribed use-specific vegetarian belief system will fall short of making the necessary paradigm shift away from speciesism and will not in any way address the underlying problem of use in general.

Joy’s solution to the carnist belief system is to engage in what she calls “bearing witness.”  While she fails to adequately explain, as a social psychological matter, what bearing witness exactly is, it basically entails personal identification with those who suffer and subsequent empathy.  It is this empathy that has the ability to dismantle the system of carnism.  How exactly she expects society to navigate this path of “bearing witness” and overcome enormous social psychological barriers is unclear.  Regardless, once one has become “witness” (whatever that means), she then advises readers to reduce consumption of nonhuman animal products

While eliminating your consumption of animal products is ideal, just reducing the amount of them in your diet can have a significant impact on the animals and on yourself; for instance, a person who eats meat once or twice a month consumes far fewer animals than someone who eats meat daily.  Clearly, this helps the animals.  But you, too, benefit, as you feel more integrated in your values and practices. (147)

So, in other words, Joy devotes approximately 150 pages to challenging systems of inequality and the social psychological barriers to nonviolence only to backpedal in her conclusion and reinforce those barriers by portraying reductionism as virtuous.

Joy also advises the newly “witnessed” to support advocacy organizations.  Strangely, she makes no mention whatsoever of any vegan or abolitionist organizations–the only advocacy organizations that seriously challenge the “carnist” society she takes issue with.  Instead, she relentlessly promotes PETA and HSUS.  PETA, being a welfarist organization that focuses on reforming nonhuman animal use, has nothing to do with abolishing carnism.  What’s worse, HSUS has openly denounced any intention of ending nonhuman animal use and is completely antithetical to Joy’s argument.

Beyond its glaring theoretical miscomings, Joy’s work does stand as an interesting review of important sociological and psychological concepts and their relation to nonhuman animal exploitation.  However, as I previously stated, this is far from uncharted territory.  What’s more, Nick Cooney has recently released a book, Change of Heart:  What Psychology Can Teach Us about Spreading Social Change, which explores the social psychological aspects of systems of inequality and how to effectively challenge those systems.  While Cooney is affiliated with The Humane League, a notoriously welfarist nonhuman animal organization, Change of Heart remains largely unbiased and objective.  Furthermore, his work is significantly more comprehensive.

*I recognize that this term is ableist.  Read Francione’s discussion of this concern here.

**I also take issue with the condenscending connotation of this term and the ecofeminist rejection of rights.

Suggested by the author:

One thought on “Corey Lee Wrenn: Why We Love Dogs, Eat Pigs, and Wear Cows: A critical review”