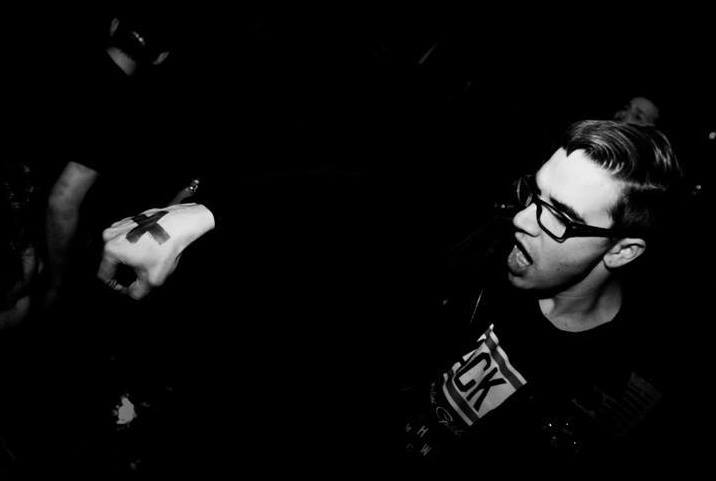 We asked Anthony, the vocalist of xNO MOREx, about the fundamentals of intersectionality and veganism:

Veganism comes down to 2 issues. And those are Capitalism and Patriarchy.

I think that with Veganism, we have to realize that although we are clearing our own conscience by not eating animal products or using animal tested body care or what have you, it will only go so far. Veganism is so complex and intersectional to all other aspects of oppression. Unfortunately, its something a lot of vegans don’t seem to realize. Whether it be ableism, classism, sexism, transphobia, racism etc. these are all issues that really come down to capitalism and/or patriarchy.

You look at something like animal liberation. Sure, 5 million vegans in the United States is better than none, but these animals are still not liberated, they’re not free from oppression and speciesism, they’re still referred to as “its” instead of he’s and she’s. Veganism is a spark for something so much bigger, it’s really just the beginning of an eye opening perspective on the systematic oppressions that exist in our society.

Capitalism for example, a system that has been created where you actually have to pay for (work for) food, which is essential to the body to be able to live. What kind of a society have we created when we say, “I understand you need food to live, and it grows out of the ground all the time, but in order to obtain this food, you have to work according to a value somebody else has put on this job that society has forced you to work. The same goes for housing, as recent as 2011, there were thought to be roughly 3.5 million people homeless in the United States of America, and yet, there were 18 million unoccupied homes. But capitalism says that these people don’t deserve to have a home or a roof over their heads because of these fallacies it has created about money, power and “freedom.”

Things like factory farming will always exist so long as capitalism is still in place. People will eat, sleep, breathe and watch whatever they’re told to by these corporations, and cheese burgers are definitely no different. Animals are nothing more than property to these people and corporations, so to them, they see a cow producing milk, they see dollar signs, so they will force that down your throat until you buy, buy and buy some more.

But again, these are issues that a lot of vegans still don’t understand or care to realize. This is why intersectionality is important and vital. It’s all one singular issue of oppression that all leads back to Patriarchy and Capitalism.

Veganism must be intersectional, otherwise its counter productive. It’s ALWAYS important to question how you see things, how you’ve been raised to look at ideas and society. A Vegan isn’t doing a ton of good to the world if they are preaching animal rights but being a sexist or ableist asshole at the same time. You’re taking one step forward in one movement but 2 steps back in another, completely failing to realize that they are the same movement.

Murder is Murder, its all the fucking same.
You can wrap it up and give it a nice sounding name.
But your lies just don’t make it humane
269 its all of our names
Years cut short, they still bleed out, all the
fucking same. Grass fed or knee deep in shit.
It’s still murder, all the same.

I don’t value life based on mental capacity
not on gender, sex, race, or nationality
Humans aren’t the only species who
deserve basic rights.
Eat. Live. Free.