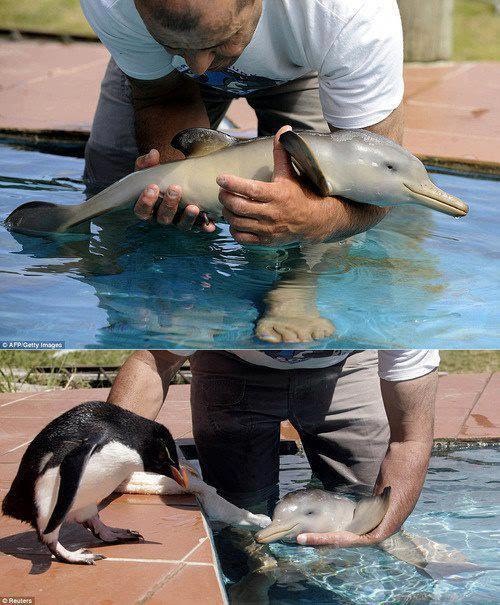 How come we don’t feel guilty about exploiting animals?

The philosophies or thoughts of prominent philosophers or thinkers have influence on those of ordinarypeople not only in the times of those philosophers and thinkers but also in later times. This becomes clear when we consider the male-centered ideology that has justified suppression of and discrimination against women, or the ideology of capitalism, which have exercised enormous influence for a long time.

On the premise that only humans have reason, Aristotle said human beings were justified in using non-human animals as resources because they were ranked lower than humans.

For Descartes, non-human animals were nothing more than machines without souls. So, he felt no guilt in dissecting a living dog placed on a table. For him, the scream the dog made during dissection was little different from the sound produced when the spring or gear wheels of a watch were disassembled.

John Locke said God granted reason only to humans. He argued that as humans were the only beings with reason, they had ownership of nature. For him, nature was something God permitted humans to conquer, and thus it was natural for inferior non-human animals to obey superior humans.

Amid the increasing presence of pessimists who believed human beings did not have reason, Kant tried to restore reason—which was disappearing from the attention of other philosophers—saying, “Only humans have reason.” He said “We humans do not have any direct duty with regard to non-human animals. As non-human animals do not have self-awareness, they are a mere means to accomplish a certain end. The end is humans.”

Even after discovering that non-human animals too feel pain…

In modern society, non-human animals are being exploited and abused in even more ways.<

Furthermore, as non-human animals are considered nothing more than machines, humans do not have to feel guilty or disturbed for using them. Reason is the exclusive property of humans, and non-human animals lacking reason cannot possibly have self-awareness.

The thoughts and arguments of the philosophers above have constituted the basis on which humans today understand nature, non-human animals and the world.

There is one thing more horrible about humans today, however. While people in the past did not believe non-human animals could feel pain, philosophers and many others today acknowledge that non-human animals can feel pain. In this respect, people today seem crueler than their predecessors because they are paying little attention to the exploitation of and violence against beings that can feel pain.

Which Is Crueler? Humans or Non-Human Animals?

There are a few things I want to discuss at this point. I found something strange in what the Western philosophers above argued. The world has changed, and humans no longer lead a life completely dependent on God. So, we should rethink the assertion that God granted reason only to humans.

Furthermore, we need to think about what “reason” really is. It is commonly said that only humans have reason. But, looking at things happening across the world, we may come to doubt that humans are really equipped with reason. If reason is a good thing and all humans have it, how can we explain numerous problems happening across the world such as sexual abuse, domestic violence, unfair labor issues, and discrimination and violence against minorities including the disabled, immigrants and homosexuals? If “a certain order” truly exists in human beings, as Chevalier put it, how can we explain the disorderliness of the world today?

Humans ranked non-human animals lower than themselves and dismissed the sound produced by them as not a language. They also differentiated themselves from non-human animals and defined the emotions and languages of beings other than humans from their perspective, saying, “They are not languages.” All this shows how selfish humans are.

The understanding of animals’ rights may have to begin with raising questions about what we have taken for granted. A similar approach has been made to the understanding of homosexuality. While people in the past tried to explain the causes  of homosexuality, people today think about the causes of heterosexuality or ask heterosexuals questions like “How do you distinguish love and friendship?”

The lives of all living beings are equal in Buddhist philosophy

The respect for life that Buddhist philosophy teaches is not confined to the lives of humans. It holds that the lives of all living creatures, humans and non-human animals, should be respected. From the perspective of Buddhism, the phenomenon of appearance is nothing more than an outer cover created by karma. The nature of all living creatures is permanent and completely free, and thus no discrimination exists between humans and non-human animals.

The absolute freedom and equality of Buddhism are applied to all living creatures regardless of their status in the hierarchy. Life should not be used as a means or tool to achieve something because it itself is the goal to be realized. Any living creature must not be killed, discriminated against or repressed.

In Buddhism, the concept of “Buddha” does not refer to Sakyamuni [the historical Buddha] alone; everything in the world is thought to be a Buddha. All of the things that comprise the world, including mountains and fields, sky and wind, humans and non-human animals, are Buddhas, no discrimination is found among them.

Buddhism does not allow dividing animals into humans and non-human animals, calling the division a sort of “delusion.” These fundamental ideas and attitude of Buddhism prove that Buddhism, unlike other philosophies, sees non-human animals as beings, not things.

Mercy belongs to humans, and hatred to non-human animals?

However, the Buddhist ideology that does not allow discrimination among all living creatures does not seem to have any direct effect on modern people’s perception of or attitudes towards non-human animals. That is because many Buddhist followers and teachers still see non-human animals as things.

Many Buddhist leaders who put emphasis on reaching nirvana believe only humans can reach nirvana and see non-human animals as lowly things. We can find many passages in Buddhist books that associate humans with affection and mercy, and non-human beings with hatred, jealousy, and other negative emotions. Furthermore, many Buddhists believe being born as non-human animals is the result of bad karma in a past life.

Park-Kim Sujin, who interviews lesbians for her Ilda column “Over the Rainbow,” is writing another column called “Talks of Animal Rights.” This column will provide an opportunity to learn of animal rights, a still-unfamiliar concept to Korean society, and to lead an ecological life that seeks harmony between humans and non-human animals.