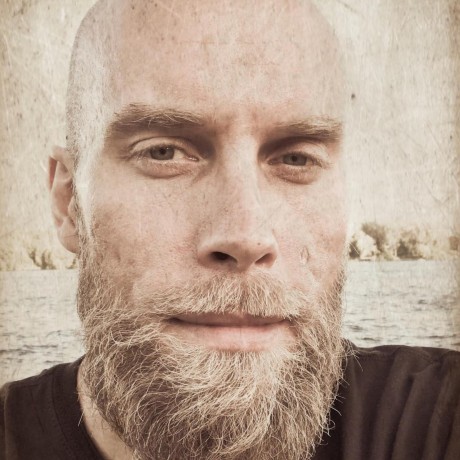 This is a response by Swedish animal rights activist Kristofer Aberg to an article by the Peace and Conflict Studies scholar Shawndeez Davari Jadali: ‘Vegan Killers: Israeli Vegan-Washing and the Manipulation of Morality.

The comment had initially been published on ‘Turkey Agenda’ as a response, but was removed again by the editors one day after publishing.

We asked Kristofer if we could share a copy of his comment on our blog, since this critique is important to be voiced, in support of our fellow Israeli activists and also because of the plurality that we need in the discussion of Animal Rights and vegan politics.

The radical notion that (vegan) Israelis are people

Shawndeez Davari Jadali wrote a couple of days ago about Israeli “vegan washing” in Turkey Agenda. Israel, Jews and Zionists have been subjected to a lot of lies and conspiracy theories during the years. Do we really need another one?

First of all: Is it really that hard to understand that you shouldn’t use collective punishments on Israelis just as you shouldn’t do it on Americans? How would Shawndeez Davari Jadali feel if she was to be blamed for the war inIraq, just because she lives in theUS? And that her attempt at peace and conflict studies is just a “peace washing” to make theUSimage better for the world?

The slogan “feminism is the radical notion that women are people” has shown to misogynous men what feminism is really about. It seems like people like Jadali need to be taught the radical notion that also Israelis are people! They are not propaganda machines for their government just as Jadali probably wasn’t a propaganda machine for the Bush administration. Israelis can have a life not connected to the conflict with the Palestinians. Jadali’s single minded attitude sounds like someone who has never met a gay person, and then stereotype that person totally. A Swedish comedian therefor said something like “I’m not just gay, I’m also a carpenter”, to point out that you are more than your sexuality. And you are also more than your citizenship. Israelis can be interested in veganism and queer politics just as Jadali or I can.

So where is Jadali’s evidence that it’s the Israeli state that is behind the vegan boom inIsrael? I have been active in the vegan and animal rights movement inSwedensince the 1990’ies, working with low budget grass roots campaigns. I would love to hear about the secrets on how to get your state to support these causes and make a vegan boom such as the one inIsrael! Also, inSweden, and probably in other places, most of the animal rights movement comes from the left/liberal/green side of the political spectra. InIsraelthere is a right wing government, so the conspiracy theory of them being behind the vegan boom seems even harder to believe.

What Javali is doing is to be categorised as the master suppression technique known as double bind – “damn you if you do, damn you if you don’t”. The same thing goes for the people using the “pink washing” theory to blame the Israelis for their liberal attitudes toward the LGBTQ community. IfIsraelwould have a lousy policy on veganism and LGBTQ issues, people like Jadali would have used that to blame them. Now when they are progressive, Jadali comes up with another way to be able to blame them. The same goes for Jadali’s criticism of the Israeli army providing non leather shoes for a minority (vegetarians and vegans). If they would refuse, Jadali would have just had the chance to blameIsraelfor discrimination against minorities. Some more peace and conflict studying of Norwegian social psychologist Berit As is recommended for her.

Also, why criticizeIsraelfor having a population that are progressive on vegan or LGBTQ issues in the first place? Why not take a moment and make the Palestinian side better? In many Arab countries, there is no such thing as a law against discrimination against non straight people, instead there are laws and even death penalty against homosexuality.

Jadali also blamed the Israeli animal rights activists for caring about animals. So why does she target progressive vegans around the world in the first place with her new “vegan washing” conspiracy theory? Vegans are blamed for this inSwedenas well – “how can you care about animals when the children inAfricaare starving” is a common argument from meat eaters. So in what way does eating meat help starving children? Quite the opposite, meat eating is really bad for the environment and for a global solidarity. And why are compassionate activists to be blamed for what they do with their spare time? Why not blame people who use their spare time to just watch soccer, driving cars or partying? Even though Jadali seems to want to label herself as progressive, what she is doing is being really normative, only seeing veganism as a political choice. Some more peace and conflict studying of another social psychologist is recommended for Jadali, this time Melanie Joy and her theories on carnism.

Jadali writes about solidarity with the oppressed and boycotting the occupation. Doesn’t she know that most Palestinians support Hamas, a gay and jew hating islamist terrorist group? They don’t just call the post 1967 settlements in theWest Bankoccupation, they call the whole ofIsraelan occupation.Israelwas founded as a safe haven for the Jewish people after persecution inEuropeandRussia, especially during the second world war. So why not take a moment to study the antisemitism of the world, and especially antisemitism from the Arabs and Palestinians? There is for surely a social psychologist for that as well, otherwise just check out Memri or Palestinian Media Watch.

Myself, I visitedIsraelfor the first time in September this year. The vegan food in Tel Aviv andJerusalemwas wonderful. Unfortunately I missed the vegan festival in October. But I wrote about it in a Swedish vegan magazine. And by doing so, apparently I became part of a worldwide Zionist conspiracy! As an ex student in journalism, I don’t understand how making the news valuation that the world’s largest vegan festival would be a correct event to cover, is an evalutation to blame. Rather, I think it would have been a huge mistake not to cover it. Many people want to hear about vegan news, especially from countries they didn’t think was big in these issues. Even a vegan movement in dictatorships likeSaudi Arabiawould be interesting to hear about. But for some strange reason,Israelapparently should be demonized and treated in a totally different way? Jadali, can we write about theUSvegan and animal rights movement? “Your” war inIraqcaused much more death and destruction during a couple of years than the conflict inIsraelandPalestinehas done for 100 years. And don’t get me started about the war inVietnam…

Jews or Israelis and especially not Israeli vegans should be demonized in the way that Jadali is doing. The progressive people all over the world should get our support. The largest problem as I see it in the conflict are the extreme right wing groups on both sides – not that less animals gets slaughtered or that the sale of tofu is sky rocketing in Israeli supermarkets. Jadali seems to have forgotten what her earlier studies was all about – hopefully creating peace. So to Jadali and all other readers of Turkey Agenda: Shalom and give peas a chance!