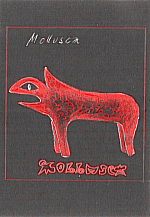 Moving beyond the horizon of humancentrism: What is an animal and what is a human?

The basic question about the categorical division into (nonhuman) “animals” and “humans” (homo sapiens), brings up, probably before the question of its moral implications, the question about what exactly hides beneath both these big generalized identities. Why has the view about that what-animals-are and that what-humans-are finally lead to us only viewing animals under biological terms today? Is it enough to attribute only an instinctual behaviour to nonhuman animals? Is it the ‘fault’ of animals themselves that we can’t relate to them in any further way than how we are relating to them currently? …

If we don’t accept the view that nonhuman animals are those who have to stand below humans within a frame given by a biological, divine or philosophical hierarchy-of-being, then such a claim doesn’t have to be solely morally motivated, but it can mean that we question the way in which both identities („animal“ and „human“) are understood. We can ask if the interpretation of the characteristics that are considered to make up the marking dividers within a human-animal hierarchy, are in reality a negation of the autonomous value of otherness in nonhuman animals. We know that the single criterion that serves as our standard is the human parameter, i.e. the human model counts as the ideal, as the standard, for creating norms. So what happens if we put this standard of measurement into doubt?

Conclusions deduced in the fields of biology and psychology – with those being the main sectors that deal with the foundational explicability of animal identity – nail the perspectives on relevant characteristics and on how animal characteristics (in either, the case of humans or nonhuman animals) have to express themselves and in which exact correlation they have to become measurable, in order to reach a certain relevance or meaningfulness from a human point of perspective.

So the problem lies in the question why humans won’t accept nonhuman animal autonomy when it can’t be made fathomable through the perception of a value-defined comparison. Why are own animal criterions and why is their independent meaningfulness (for the sake of themselves and for their situation within their natural and social inter- and co-specific contexts) rendered irrelevant when they cross our perspectivic glance, when these animal criteria could also lay outside of our hierarchical-framework?

Biology has already determined what the identity of nonhuman animals is, and even the Animal Rights movement has satisfied itself to a large extent with placing the moral question (which comes down to “how to we act towards each other” is a very basic sense) somewhere out of reach, by accepting the explanation of the identity of animals as something strictly biological.

Imagine two abstract groups. Group A consists of triangles and everything that surrounds them becomes mathematically relevant to their own triangular form. Say this happens as all which either resembles or doesn’t resemble a triangle gets a certain colour. Group B are circles. Now group A says that group B aren’t triangles (because A are triangles) and that they also weren’t squares or rectangles. Would any reason follow from this that they could exclude the circles as equally valid geometrical figures? The triangles are different compared with the circles, but both are geometrical figures and insofar of an equal value. They can be correlated due to each of their geometrical qualities, even when the circles do not match the characteristics of the triangles … .

As far as the question is concerned whether animals can be regarded in any way as moral agents, one should ask, does morality exist outside the human concept of morality? When we discuss morality we presume that the substance matter which the term comprises came into life through our perceptions, and because we define what „moral“ means, we can claim a described phenomenon as solely ours. What does morality consist of? Does morality solely exist because of a theoretical framework? Probably not. Morality on one side has something to do with basic social interaction, through that morality gains value. On the other side are the superordinate agreements about morality, which are declared and decided upon perhaps by an elite or a defining group/process, but through that the agreements about morality only contain a forced validity (the negative sense of the pure “mores” in contrast to the wider frame of ethics), which is disconnected to its own basis, that is: the meaning of social interaction between beings. In other words, a construct about morality excludes that what lays outside of its hierarchy (other forms of interaction that contain „social values“ are being categorically excluded).

But there does exists that what we perceive and experience in our daily encounters as „morally okay“ between nonhuman animals or humans in the whole environmental context.. The superordinate agreements in regards to morality are not of more validity, they are in essence a consequence that follows after an action takes place in reality. When we discard the human decorum that surrounds the term morality, we can say that every action has a moral implication. That would be morality taken as a social value.

Animals obviously have very different philosophies-of-living, seen in a neutral comparison to our philosophies of life, and I clearly believe one can use the term philosophy here to describe the yet unnamed phenomenon in nonhumans animals of how they structure and perceive their own lives.

I ask myself whether the human problem with nonhuman animals isn’t rather to be found in the differences in their „philosophies of life“, rather than in the reasons of biological differences or in an assumed moral impotence on the animals behalf.. The problem always seems to be the difference and the coinciding similarities. In many aspects we equal nonhumans animals, but most notably in the aspect of our dominance claim, we see nonhuman animals as „the losers“, the bottom of the evolutionary or divinely ordained hierarchical order, on which we can postulate our power.

That nonhuman animals are the losers amongst the biological animals is even an attitude that you can subtly lurking through in the AR movement. Only a few theorists and influential theories reckon a consistently unique, self-sufficient quality in both the closeness and distance amongst different animals (including Homo sapiens). There is no theory of Animal Autonomy so far. In the forefront of every argumentation stands: How do they measure against us? How do we compare? As if humans and nonhuman animals had to compete on an single, equal scale within our frameworks. Another related argumentation goes: how much of their „instinct“ could possibly still entitle them to be granted rights (that would protect them from humans (whereby it is questionable whether those who have prejudices against you, can really grant you your own rights)?

Human society, it seems, will always consider the „us“ and the „we“ as objectively more important, insofar as the „we“, the how „we“ are, is the criterion, and nonhumans animals are measured against this parameter. The crucial point is to accept others and to accept the validity of otherness, for expanding our narrow view of the world and understanding moral wrongs.

6 thoughts on “Moving beyond the horizon of humancentrism. What is an animal and what is a human?”