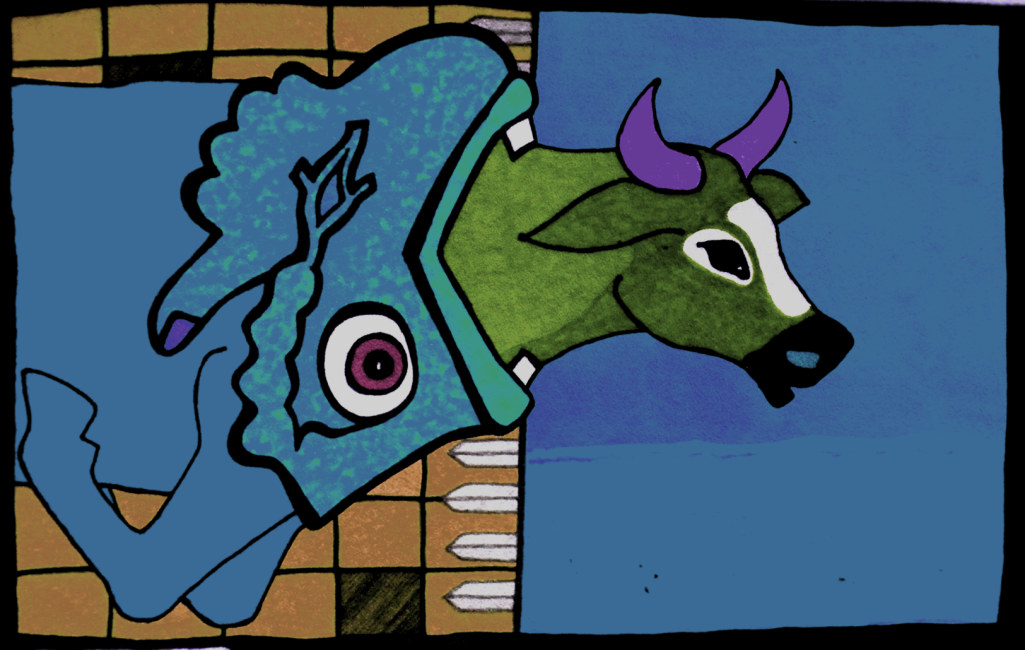 The vegan habit of relativizing one form of speciesist praxis with the other one, seems to assume that a juxtaposition of two problems is in itself already a functioning argument against speciesism. Why do we have to compare one speciesist action with another one, when both occur in a different context and when both occur as specific variables on the horrid map of human speciesism?

It seems to be assumed that the roots and causes of speciesism are the same as what the arguments against it already convey, …

Yet fellow vegans, think about this:

a religious reason to kill a nonhuman, is another one then a more ideologically driven one – in the one case you do it for God and your spirituality, in the other case you might do it in order to stay part of a more modern type system or community that believes that the size of the brain and it’s functions are all that matters …  you just idealize the human species sui generis. Equally a philosophical argumentation for speciesist biopolitics differs for example from an economical calculation of bodies as chattel, … and so on …

Realistically seen there are many forms of speciesism, and conflating everything only causes an unhelpful mishmash of unjust and tragic human errors that we might help prolonging by not digging deep enough and not differentiating enough within the contexts …