We asked the vegan hardcore band Eat Me Fresh about veganism and intersectionality:

Being a vegan doesn’t mean that we just don’t eat meat and dairy products, it means a lot more like that we care about the planet we live on, and that we don’t want to waste it.

We don’t own the planet, the planet owns us. And as we behave to it, it will behave to us.

Sexism, Racism, Speciesism, Nationalism and much more of these evil things should be over.

THIS IS THE 21st CENTURY. PLEASE PEOPLE WAKE UP!

Eat Me Fresh, themselves being from the Czech Republic, have been touring Europe this year. They released their track INSIDE OF US this August 2013 on Bandcamp http://eatmefresh.bandcamp.com/. 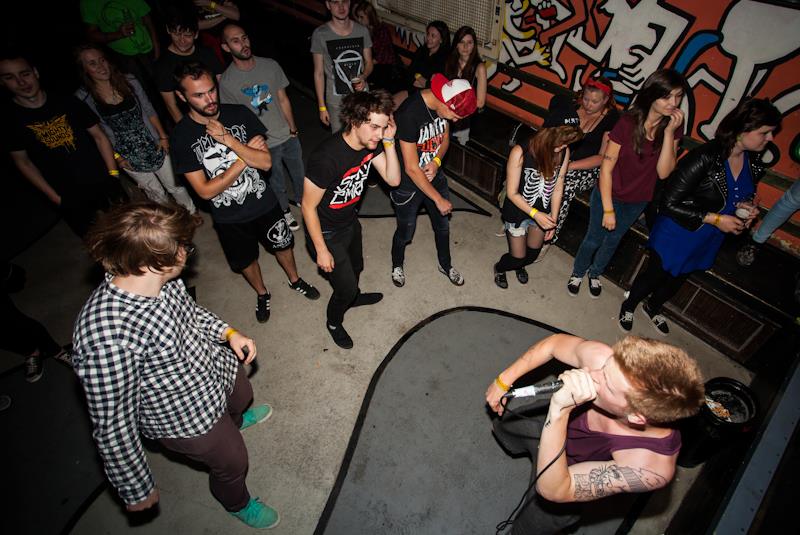